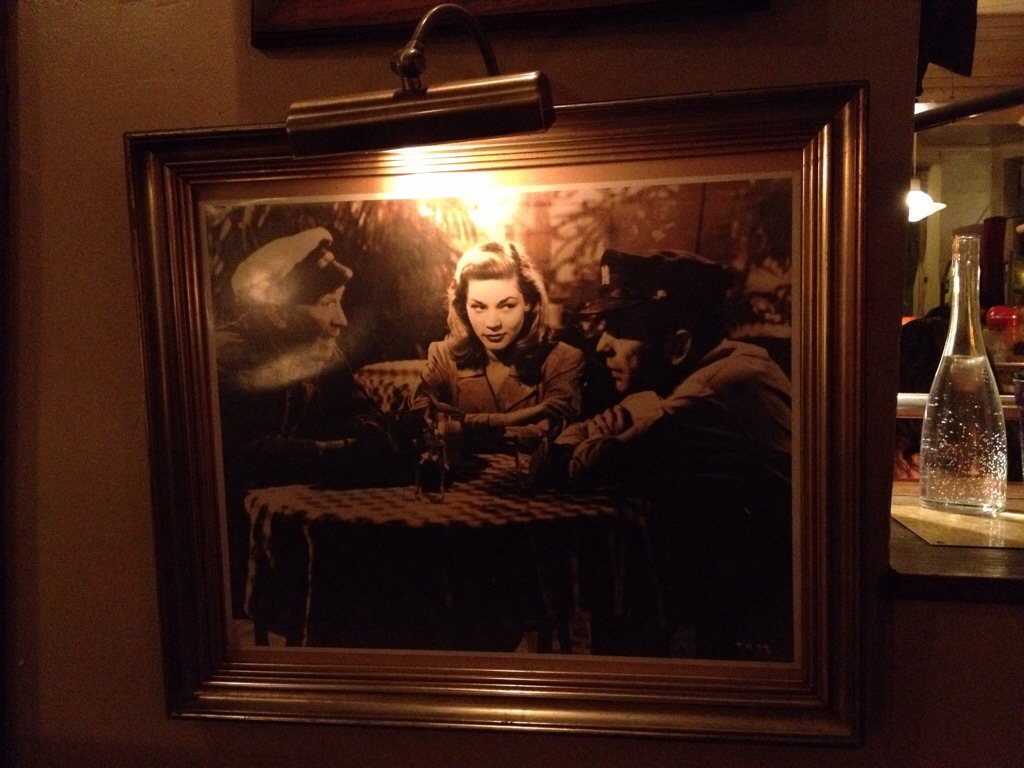 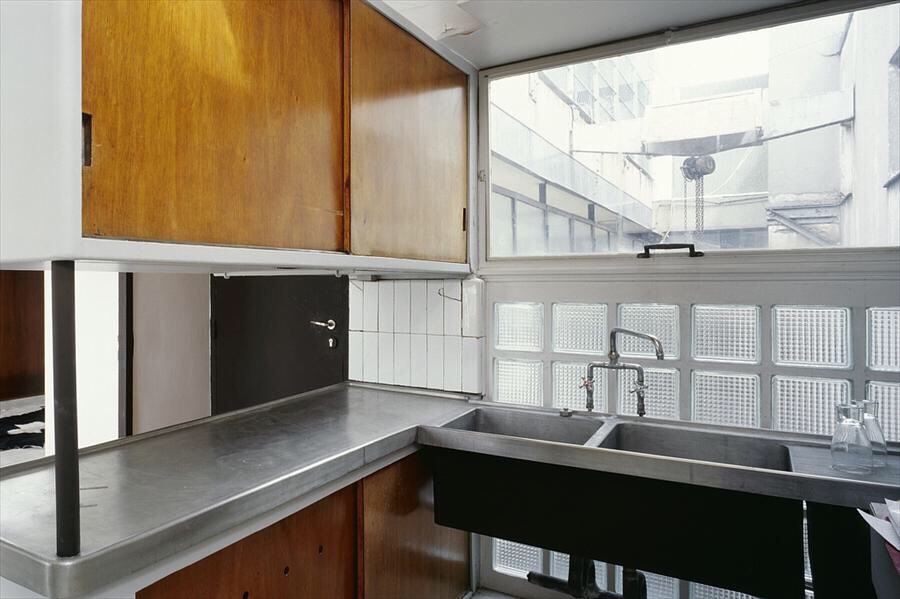 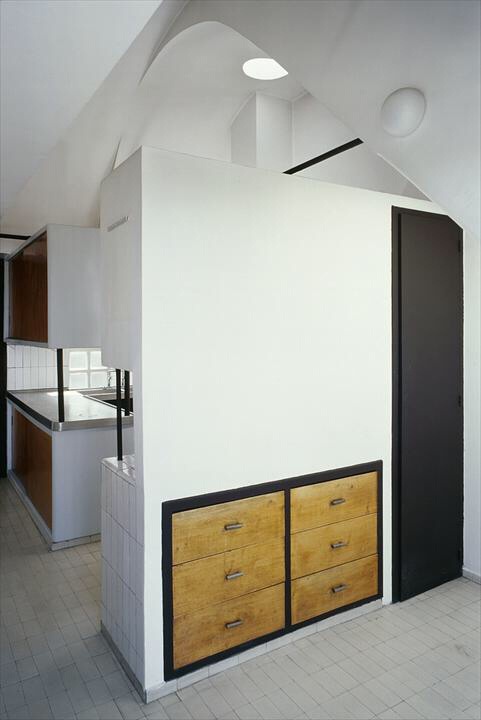 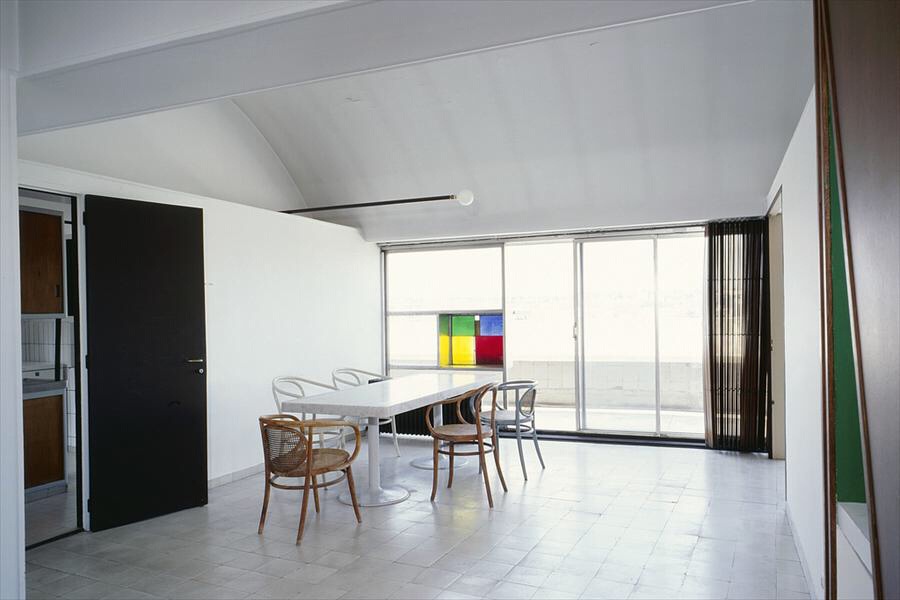 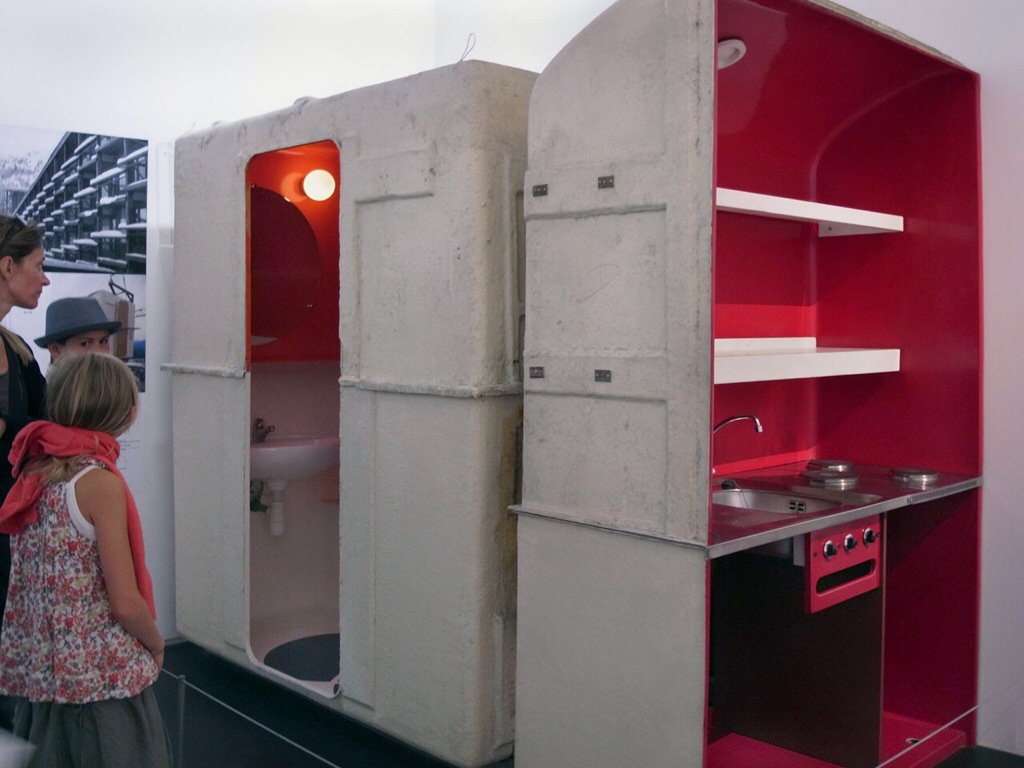 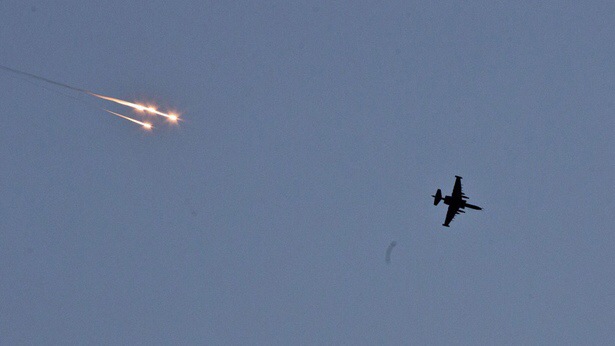 Ukrainian military jet aircraft Su-25 fires decoy flares to protect itself in a counter attack operation after the seize of a terminal in Donetsk airport by pro-Russian militias. Photo: Evegny Feldman

« The upcoming September issue of e-flux journal will be the second part of two issues on the new fascism and its relation to humanist time. Basically the implicit question is how artists can produce anything other than soft branding for ultranationalist dictators and bloodthirsty post-national identitarian warlords. The first issue is online here and Ilya Budraitskis’s urgent statement on the absence of antiwar movements in Russia comes in advance of the September issue. »

« Why is there no antiwar movement in Russia? Why are so few people willing to take to the streets to publicly accuse the government of furthering the war in Eastern Ukraine? People who supported the March 15 peace march in downtown Moscow still pose these questions to each other. Their numbers are constantly shrinking, but the point is that even those people who still support the spirit of protest no longer have any confidence that protest can change anything.

If the new war (or prewar) footing into which Russian society is sinking deeper has a point of consensus that unites different social and cultural strata, it is the smothering, eerie awareness of society’s total powerlessness in the face of interstate conflict. The flood of news has overwhelmed the already fragile system of coordinates used by individual citizens. Their psyches cannot withstand the strain, surrendering to the unknowable, opaque logic of events, a logic seemingly less and less amenable to anyone’s specific will. « It is not the mind that controls the war, but the war that controls the mind, » wrote Leon Trotsky about a war whose start one hundred years ago has been somewhat timidly commemorated this summer.

The unhappy residents of Luhansk and Donetsk are now at the forefront of the collision with war’s destructive power. Their testimonies on social networks—meager exchanges of information about the people who have been killed, photographs of the damage done by shelling, requests for help and offers of aid—are the voices of victims, the voices of people who have already lost. They do not divide each other into supporters of Novorossiya and a united Ukraine, and they are not holding out for « their » side to win. All they want is peace: no matter what government offers it and on whatever terms. Along with houses, infrastructure, schools, and hospitals, society has almost been razed to the ground in Eastern Ukraine. This means that a victor capable of bringing stability even amid the smoking ruins will be rewarded with the kind of docility and obedience of which no government could dream during peacetime.

The shockwaves of this barbaric destruction have overwhelmed the population on both sides of the border. It is already a commonplace to argue that domestic politics in Russia seemingly disappeared in March of this year. What is more, invoking philosopher Jacques Rancière’s definition, we could argue that politics as a form of human activity based on dissent has rapidly disappeared, while state policy as the art of managing communities has attained perfection. Anything that deviates even a millimeter to the right or left of President Putin’s line is immediately devalued and deprived of any independent significance. People who try to applaud the government more loudly than everyone else are rendered as politically invisible and helpless as those who oppose it. As they support their government, patriots are instantly turned into its obedient tools. Liberals who criticize their government serve wittingly or unwittingly as advocates of the other side.

The logic of war inevitably leads to identification between the government and the people, to their complete fusion with each other and the ruthless destruction of all hints of dissent. Contrary to popular belief, this identity is based not only on a chauvinism that quickly impregnates collective consciousness. The wartime « national unity » we are now headed toward derives its strength from the fear of instability, the expectation of protection from above, and the sense that subjects and rulers are ultimately in the same boat. It is hard to imagine the incredible freedom of action the state acquires with respect to citizens in this case. This victory of the ruling elite over their own society outweighs, at least in the short term, the losses from sanctions and the shame of international isolation.

Today it is impossible to predict how long this state of affairs will last. At any rate, previous successful episodes of « wartime unity » were often able to keep the majority in absolute subjection for years.

So why do we need an antiwar movement today? We should honestly point out that grassroots antiwar movements, no matter how massive, have hardly ever succeeded in preventing or stopping wars. After the outbreak of World War I, it took three more years of enormous death and destruction until supporters of « peace without annexations and indemnities » were able to turn from a marginal minority in their own countries into a force capable of changing the course of events. The textbook antiwar movement—against US involvement in Vietnam—tried for nearly a decade to influence Western public opinion before forcing a new president, faced with serious military losses, to begin withdrawing troops. Finally, the largest antiwar demonstration in London’s history—the protest against the invasion of Iraq on February 15, 2003, attended by over a million people—was simply ignored by the Blair government.

But even when they are obviously going against the tide, antiwar movements have one incredibly important function—telling the truth. State propaganda, which in recent months has demonstrated its colossal capabilities, lies not merely for the sake of lying. In a state of « wartime unity, » the lie is a direct continuation of hostilities and a key tool for shoring up the home front. Faith in the lie and complicity in spreading it are made civic virtues, a matter of « public interest » for which every citizen feels responsible. In recent months, many of us have discovered that we can get at the truth only by comparing the wartime lies coming from both sides in the conflict. Though largely uncontested nowadays, this method is fraught with great danger. At some point, one of the parties comes to seem more convincing.

If it really wants to bring dissent back to society, an antiwar movement should always adhere to a third position. The victims, the losers, and the frightened, everyone who has been deprived of their own voice by « wartime unity, » must find this voice in the antiwar movement. A movement like this must not decide which of the parties is more culpable or less culpable; it must not put itself in the shoes of those who would never put themselves in our own shoes. That is why, in the current circumstances, an antiwar movement in Russia that opposes its government can be completely honest and effective if it works in concert with a counterpart movement in Ukraine. In both Moscow and Kyiv, we must again call into question the state’s monopoly on representing the « nation. »

Barely audible and almost invisible, this third position can easily get lost amidst the humanitarian sentiment displayed by both voluntary and involuntary advocates of the lie of « public interest. » If, in the first case, Russia’s direct involvement disappears from analyses of the situation in the Donbas and what is happening is described solely as a civil war in which an oligarchical Kyiv government is fighting against its own people, while in the second case, on the contrary, everything boils down to a clandestine Russian intervention and all elements of the internal conflict are consistently ignored, we are dealing with yet another « ruse of war. »

Telling the truth means not only exposing propaganda but also pointing out the reasons behind the military conflict: the struggle over defense budgets, the redistribution of markets and property, the desire to establish total control over the rank and file in the interests of the elites. Exactly one hundred years ago, this message, which seemed radical, utopian, and naive, was eventually able to change the world. This fact seems capable of inspiring hope in our hopeless situation. »
This text is translated from the Russian by Thomas Campbell. Originally published at www.colta.ru, July 29, 2014.
Lien > http://www.criticatac.ro/lefteast/author/ilya/ 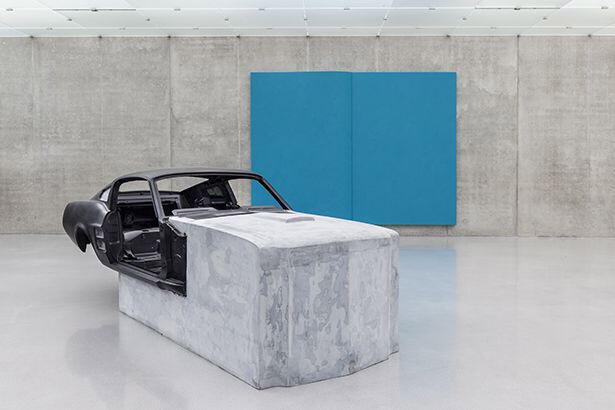 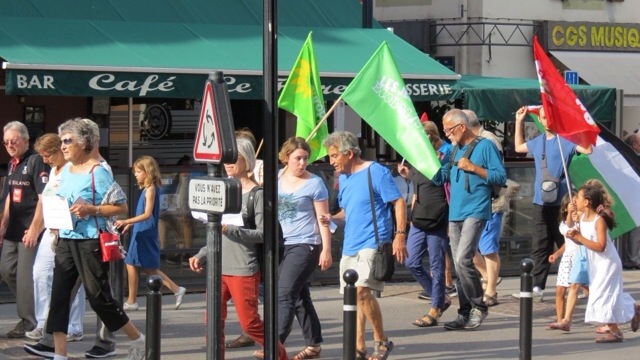