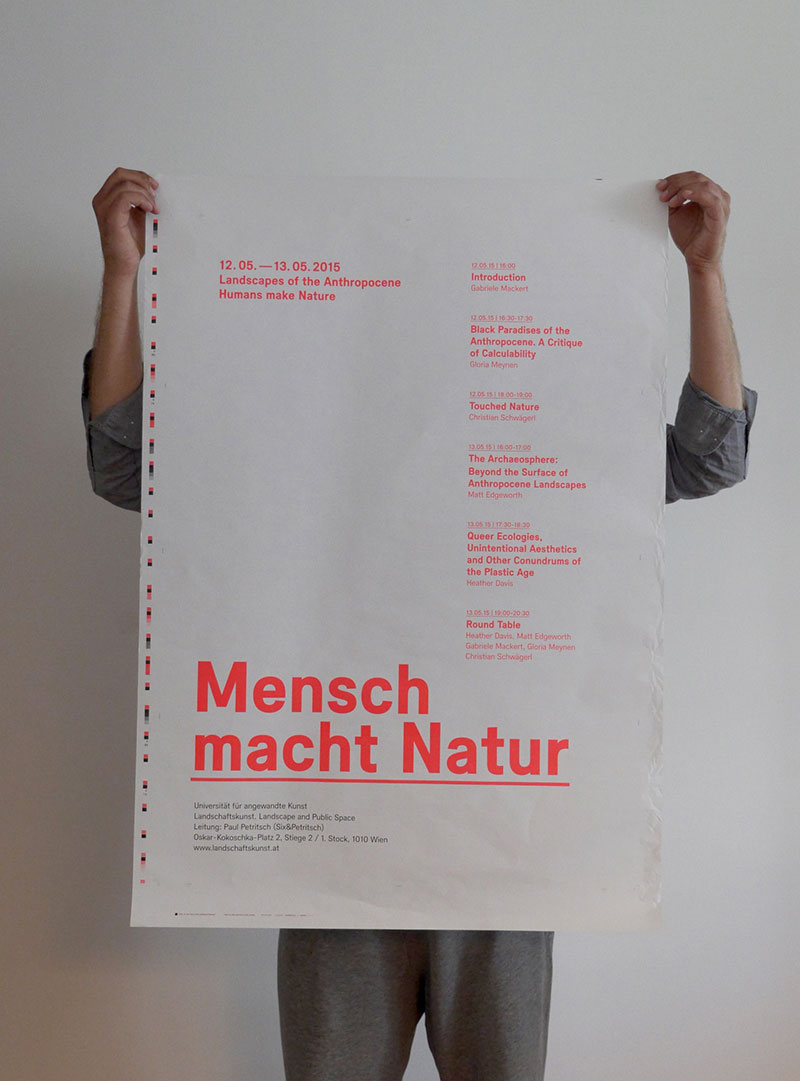 Landscape is very much a hot topic, as a subject for the arts but also for theoretical reflection. At least since Dutch Nobel Prize winning chemist and atmospheric researcher Paul Crutzen and biologist Eugene F. Stoermer suggested “Anthropocene” as a name for the current geological age, the landscape can no longer be seen simply as beautiful. Landscape is far removed now from idyllic vistas or rustic scenery; it has long been a largely artificial system of human-made spaces, a system moreover subject to highly unpredictable changes.

The idea of pristine, untouched nature simply no longer holds true: humans have irreversibly changed the planet and its ecosystem. They have themselves become a geological factor. Nature is no longer an object to be preserved, but a dynamic interaction between natural and human forces, between movements and formations. This process of nature’s formation has now reached a stage where social and technological processes — rather than biological ones — appear as driving forces on our planet. Society, culture and nature are so tightly intertwined that they can no longer be independently investigated. It would appear that humans are over-taking the previous evolutionary tempo.

Climate change, species extinctions and the pollution of air, water and earth are global phenomena, as is the advanced transformation of the earth’s surface through drilling, tunneling, construction and agricultural cultivation. But in everyday life these changes are experienced on a local basis. Melting glaciers and rising sea levels, storms or floods can be investigated and statistically understood. But how are they actually perceived and interpreted as phenomena? Just as climate influences society, so too do social praxes affect the climate. And how does the anthropocene thesis change our cultural landscape?

Human beings are re-forming the earth to such an incalculable extent that there is no longer a self-regulating “mother” earth on which we can rely. We should no longer be fearful for our survival in nature, but rather for nature itself, since nature is now made by humans: this is the core of Anthopocene theory, according to geoscientist and paleontologist Reinhold Leinfelder.*